Died at her home near Berlin Sunday, her age being 61 years, 10 months and 25 days. She was a daughter of Nicholas and Barbara Schwartz, and had spent her entire life in Holmes county. She was the wife of Michael Sheneman. She had been a member of the Berlin M. E. church for many years. The funeral occurred Tuesday, from her late home, services being conducted by Rev. Rowler of the Millersburg M. E. church. Interment in the Berlin cemetery.

We made brief mention ast week of the death of Mrs. Sevilla Sheneman, which occurred at her home near Berlin on Saturday evening, May 12 after an illness of two months. Deceased was born June 17, 1855, on the home farm south of Berlin, where she spent her childhood days. When quite young she united with the Berlin M. E. church and remained a faithful member until death called her. In 1883 she was married to Jacob Engel who preceded her in eath. To this union four children were born – Edith, Etta and Frank at home, and Mrs. Wm. Kaser of Charm. She is also survived by her husband, Michael Sheneman to whom she was married in 1898. Five brothers, one sister and many nieces and nephews are also left to mourn her departure. She was a loving, indulgent mother always thinking of others before herself. Our home is very lonely now but our consolation is that we will meet again. The funeral was held Tuesday, May 15, and internment was made in Berlin cemetery.

We wish to express our thanks to the friends and neighbors who gave us assistance during the sickness and death of our dear mother, Sevilla Sheneman also for the beautiful flowers and music at the funeral. 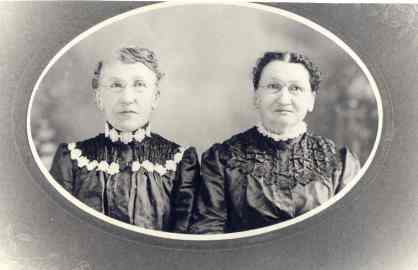 [Special Thanks goes out this week (and last) to the Wayne County Public Library in Wooster, Ohio and their Genealogy and Local History Department for providing the obituaries of Sevilla and her brother Jacob.]