Message:
Dear Sister: Etta with May 4 weeks, here 2. She went back 15th. She fears May cannot be here long, and will be there indefinitely. Etta & May are very blue. I had lumbago 7 weeks ago. It was severe 2 weeks. All over now. Get on well enough “Catching” but my mann [?] is short and plain
With all love,
Eugene

Ida May (West) Ice was Eugene’s sister-in-law. She was in failing health and she died less than two months later on 11 November 1923.

The Reverend Dr. Lewis Brown was a long-time friend of Eugene’s.  Using a 1911 Indiana Sons of the American Revolution directory and the 1923 Indianapolis city directory, I was able to narrow down Dr. Brown’s first name. Otherwise, trying to comb through columns of Browns in census records and directories would have been very tedious work. 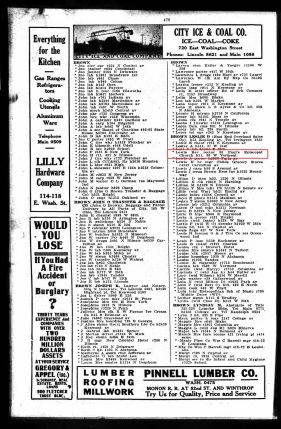