Welcome to my weekly fashion blog post. Each week I will discuss a female garment, fashion trend or influencer from the age of photography (1840s through the 20th century). My goal is to educate family researchers and genealogists about the clothing worn by our ancestors. Dating photographs is an issue we all struggle with as family archivists. Additionally, anyone who writes about their family’s history should be aware of the environment in which their ancestors lived. Period clothing is an important part of that environment from how it affects a person’s movement to their overall lifestyle. This week I introduce you to fashion designer, Paul Poiret (1879-1944).

Even though the name Paul Poiret may be unfamiliar to most, modern women have much to be thankful for because of this man. His clothing was fantastical and theatrical; fashion was elevated to a new level through his designs and creations. History credits him with various styles, including the hobble skirt, harem-style pantaloons, and lampshade shaped tunics. However, he is one of a handful of designers who helped to move women’s fashion away from heavily corseted clothing. He represented the new modern movement in fashion during the 1910s. In contrast to his contemporary Madeleine Vionnet (who cut her clothing on the bias), Paul Poiret loved straight lines and used rectangles throughout his designs. In the United States, Poiret became known as the “King of Fashion.”

He began his career by working briefly for both the House of Doucet and the House of Worth, the leading French fashion houses. He opened his own fashion house in 1904. He was a huge supporter of the Art Deco movement. Around 1910, he was influenced by the costumes of the Ballet Russe which were based upon Russian and Asian styles. This inspiration can be seen throughout his designs in the years to follow.

A sample of Poiret’s fashions from 1910 through 1925. Many more examples of Poiret’s clothing can be found on the Metropolitan Museum of Art’s website. 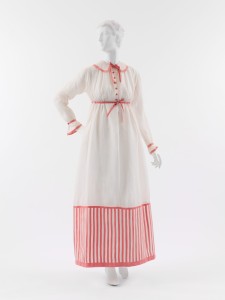 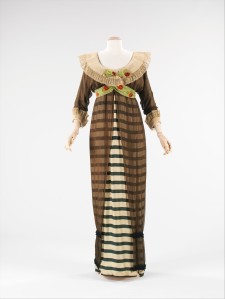 Models wearing some of Poiret’s clothing, c1911-1914. These prints are from the Library of Congress.

The Metropolitan Museum of Art staged an exhibition of Poiret and his work in 2007. An overview of Paul Poiret and information from the exhibit can still be found online. A book titled Poiret by Harold Koda and Andrew Bolton was published to coincide with the exhibit.  A full sized coffee table book, it contains many photographic plates of Poiret’s designs. 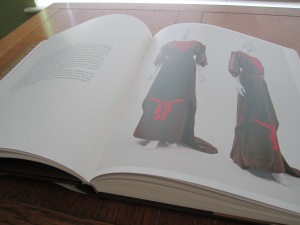 More about Poiret can be found on the Heilbrunn Timeline of Art History, also from the Metropolitan Museum of Art website.

A biography of Paul Poiret can be found on the Head to Toe Fashion Art page. The page includes many photographs of Poiret throughout his life, as well as fashion designs, examples of his clothing, and his artwork.

A book of Poiret’s fashion plates from 1908 can be found at Internet Archive. Commentary about this book and its sequel in 1911 was published on the Smithsonian Libraries website.

The Boston Public Library’s Rare book department has more information on the Modernist movement in fashion (1900-1920) as well as many fashion plates from the period. While Poiret did not typically paint his own fashion plates, he employed many artists to do the paining for him. Georges Barbier was among the artists who illustrated Poiret’s designs.

An article from a fashion historian’s point of view – The Myth of Poiret as Debunked by 1906.

Photographs of book Poiret by Harold Koda and Andrew Bolton taken by the author Deborah Sweeney from her personal copy of the book.