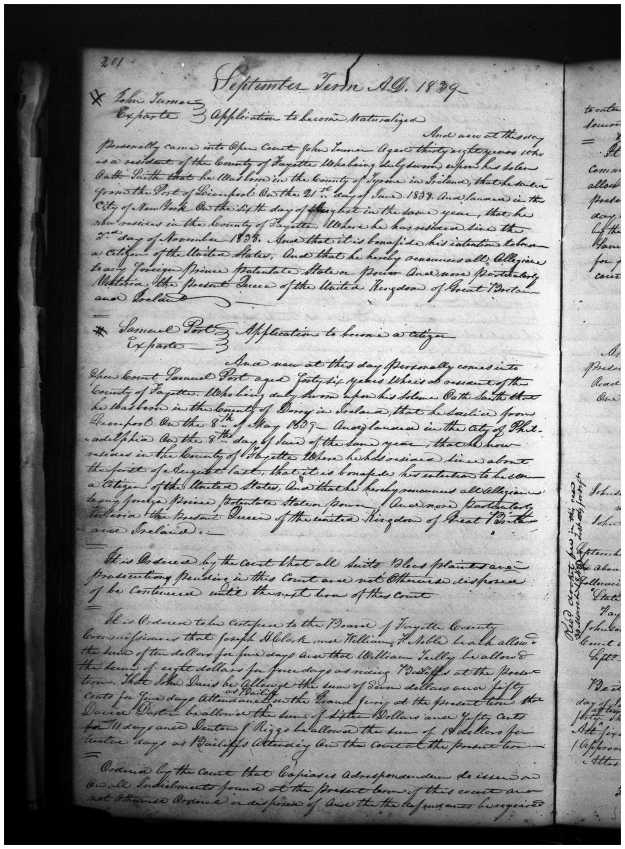 And now at this day personally comes into
Open Court Samuel Port aged forty six years who is a resident of the
County of Fayette. Who being duly sworn upon his solemn Oath Saith that
he was born in the County of Derry in Ireland, that he sailed from
Liverpool On the 8th of May 1839—And landed in the city of Phil-
adelphia On the 8th day of June of the same year, that he now
resides in the County of Fayette Where he has resided since about
the first of August last, that it is bonafide his intention to become
a citizen of the United States, And that he hereby renounced all Allegiance
to any foreign Prince, Potentate State or power. And more particularly
Victoria the present Queen of the United Kingdom of Great Britain
and Ireland.—