A v-mail came from Jim yesterday. It was written Aug. 1. That was the first letter from Jim in anything like good time as I answered it immediately in the hope that he gets it before he changes his address. I suppose he is really anxious to get out of the States and go places as most of those fellows back there are or at least they say they are that way. In fact I think I had the same feeling but that was probably due to the place where my first tour of duty was endured – Norfolk!!!? I was afraid I’d have to stay there for the duration – I didn’t.

Some time ago I read an article in the Newton Co. E. relative to mosquitoes – That really is a problem to consider there for it some of these malaria cases get up north it sure will spread. We use a big spray can and a good mosquito dope at night to kill the critters out before going to bed and that wouldn’t be a bad idea there because I

[page 2] remember how numerous they were especially this time of the year – Maybe I’m a little late but it is something to think about.

I don’t believe I wrote you anything about Geo. leaving – He went back to where Dr. Ash is located to have some work done on his teeth and also for a general physical check-up. I don’t believe he will come back – not because of his health primarily but I believe he will get a new assignment. Maybe back to the U.S.A. Out of our original gang that came here that leaves only two of us. That’s not Drs. That includes all the officers – So you see we have quite a turnover. Dr. Gardiner (dentist) came out with our gang but didn’t come here until a month or so ago.

At this point it seems I’ve been wordless – just simply blank for I’ve been sitting 10 min. just sitting and nothing comes to write. But So I just decided to fill up the space with telling you I could think of nothing further. Anyway. 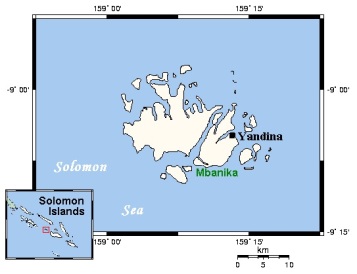 You have heard and know what those old thunder storms are in the summer time there at home – well we had one of those last night. There really was a lot of electricity and a considerable amount of rain, but it’s fairly hot again this A.M.

I received a letter from Dr. Porterfield yesterday and Dr. Williams was sent out from there recently – not back home but on a different duty. I’m glad I began my duty when I did because I think my chances are better of returning sooner than if I had had duty there so long. That may be just a lot of wishful thinking on my part, but that remains to be seen.

I went to the show last night and got so disgusted with the thing. First they finished a show which had been started some days previous. Then two musical shorts and if those were musical – things have changed. To me it was a bunch of fellows blowing horns etc. without any regards for each other or the audience. Then the real feature of the evening

[page 2] but by that time the coconut logs had made such an impression that no matter how good I wouldn’t have like it, and besides that we missed all our radio programs which all in all makes me more than somewhat unhappy.

I received a box of sardines from Ruth M. yesterday but anymore we don’t go for things like that because our food is so much better. So as I told you before don’t send anything – no use to use your ration cards for us. We’ll probably eat what we have on hand but we won’t get near the pleasure we once did. There is more to that than just the eats. The old gang that arrived here at the same time are all gone except on fellow and myself so we don’t have the parties. Many of that gang were of our original cub – not Drs. – and when a bunch has been together that long we “sorts” feel like relatives. And when the same bunch goes thru a few hardships that has a tendency to increase friendship. So this one fellow and I sometimes sit and go over older times. Of course Dr. Gardiner is here but he missed lots of the times our original bunch had. New faces have arrived and it’s just not the same as in the olden times – That’s what all old people say. 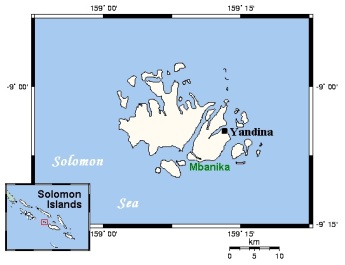