Sometime during the month of August or early September 1944, the Yegerlehner family enjoyed a day at a local lake, or perhaps a trip to the nearby Missouri River. 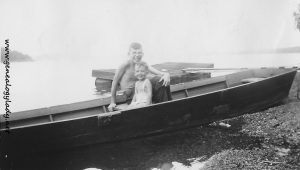 In late September, David celebrated his second birthday. Gladys wrote about the celebration and his presents in the Baby Book. 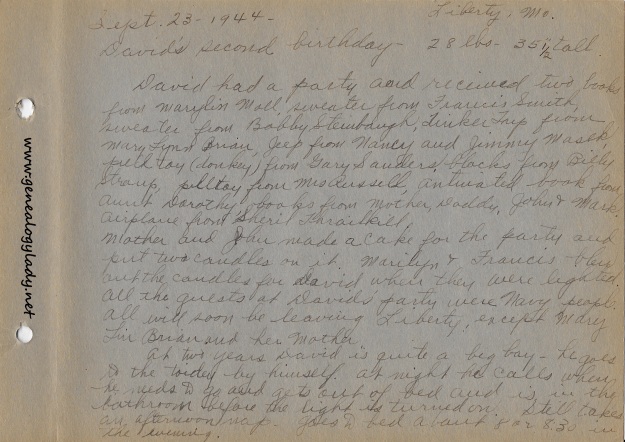 Mother and John made a cake for the party and put two candles on it. Marilyn & Francis blew out the candles for David when they were lighted. All the guests at David’s party were Navy people. All will soon be leaving Liberty, except Mary Lin Brian her mother.

At two years David is quite a big boy – he goes to the toidey by himself. At night he calls when he needs to go and gets out of bed and is in the bathroom before the light is turned on. Still takes an afternoon nap – goes to bed about 8 or 8:30 in the evening. 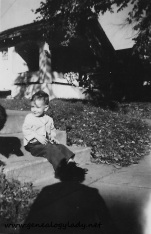 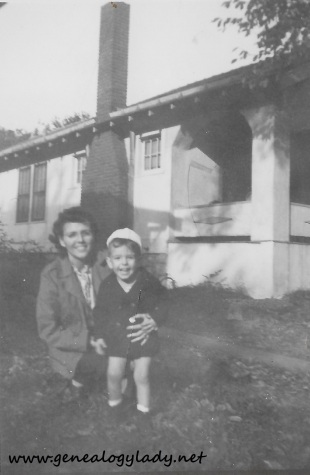