Up about 9:00. Had breakfast; finished typing; I was hoping to get started on my sermon, but Maria called. She wanted to bring some things over. When she got here she brought the news: Alan has been fired by Brandeis. And his heavy drinking continues. After she left we had lunch. Then we were preoccupied by the Solar Eclipse. 96% total—this was achieved at about 1:47. It became noticeably darker—but nothing at all approaching darkness. After this was over I could focus my attention towards sermon writing. After pushing hard this week to write the paper, I wasn’t much in the mood. But after relaxing briefly I began worked—and made fairly good progress. Then late in the afternoon the Sestos arrived home!—with their new son Esten. They had supper with us. Then at about 8:30 we started (Bonnie + I) to get ready to go to the show. We left Debbie at Patriquins.  We saw Cactus Flower—a good comedy. Then we picked up Debbie, and came home; I finished doing the bulletins, which I started when Sestos were here. Also searched around the house for Sully—he’s missing. Also worked further on the sermon and bathed; more on sermon; OBLO 1:30.

Up about 8:00; had breakfast, then went back to work finishing preparations for the service—after discovering where Sully was. I went exploring around the house at 15 Hale Street and heard him meowing. After Bonnie had left for Sunday School I was able to contact the owner. He came over and we rescued Sully. I then shaved, practiced the sermon. My class didn’t meet because Karen Haskell is trying to avoid doing to[o] much—she’s had a severe cold. Left for the church about 10:40. We had about 60 in church because there was a delegation of Girl Scouts. I preached on a sentence from John 18—“Are you not also one of his disciples.” Home by 12:30. Fixed lunch. Then I turned to getting my study restored to order—after things had gone to pot during a week of work on my papers. Then at 3:30 I went to Loyd Starrett’s home for a meeting of the Joint Youth Fellowship’s Steering Committee—what was to last 1 hr lasted 3. I was really angry. Revs. Nutting and Bailey rebell [sic] at the idea of the Steering Committee just being managerial—they drug the meeting out on issues of philosophy. Didn’t get home til after 6:30. Ate hurredly [sic]; left Debbie with Sestos. Jerry + Carol Lewis picked us up after 7:00—we went to the play-reading; we did Little Foxes—we were home by 11 o’clock; bathed together; then OBLO. Θ+ , LO c. 12:25.

Didn’t get up til about 9:30. Bonnie was immediately going about getting ready to go shopping with Cameron. After they left I had breakfast, then turned to working on my Hosea lecture. Before Bonnie got home I had managed to read most of the introduction to Hosea in the IB. When she got home I helped unload the groceries from the car. We then fixed lunch. After she went to work I turned back to Hosea. The post-man brought a package—Time-Life Library of Art on Copley—I took time briefly to look through it. In mid-afternoon I gave Debbie a snack. She had very little to eat for lunch since she was so sleepy. Late in the afternoon she finally settled down to nap. I went ahead with Hosea then napped myself. When Bonnie got home I went to vote—voted for Anne Fisk, Dick Short, Roger Martin—and fluoridation. Then came home—after getting milk + yogurt. Fixed supper—liver + french fried onions. Watched CBS news. Left about 7:40 for the Concerned Citizens Executive Com. meeting at Gloucester Baptist church. This broke up about 10:00. They agreed to co-sponsor two C.A.M.P. events. Came home, worked further in Hosea. Then about 11:30 stopped. Bathed—together. Watch[ed] Johnny Carson; OBLO, 12:40.

Up about 9:30. Had breakfast. My first concern was to finish preparing my Hosea lecture; I had most of it done by noon time. We had lunch around noon. After Bonnie left for work I put Debbie down for a nap and she slept all afternoon. I finished preparing the lecture; then I wired a book end to the my book case that I have right to the left of my chair. In retrospect my afternoon seems to have evaporated. Late in the afternoon I got around to beginning my translating for Aramaic class in codex neofite—the targum; working in Genesis 4. When Bonnie got home we turned our attention to supper. Watched CBS news. Then I prepared to go to the lecture. Bonnie stayed home this evening since we’d left with Debbie with a sitter the last three nights. My lecture this evening was on Hosea, built around selected passages. After the lecture I had a chance to chat with Dick Bamforth—I expressed some of my negative feelings re: Joint Youth Fellowship Steering committee. Dick also told me that Margaret Reilly is out of town because she broke her arm/Fell in her apartment. I got home about 10 o’clock. Had to do some phoning—we had a snack of pie which Bonnie made. Then I turned to do Aramaic for a little while. Then we bathed together; watched Johnny Carson; OB—read; LO, 12:45. 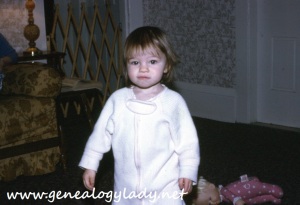