Bonnie’s birthday—27! Gave her her second birthday present before arising: puzzle of Hans Hofman[n] Exuberance (after from Debbie); also Θ before arising. After getting up and after breakfast, got to German, and this was the main preoccupation of the day. I made quite a bit of progress in the am. –Roger Smith + Homer Orne were here briefly—saw our house improvements. After lunch, shaved. More German—then after 4:00 I drove over to Alan Federicks to have another German reading session. We have now read about all of Noth’s first 100 pp. together. I was home by 6:30. Watched CBS news had supper—then to German again. Debbie managed to get up on our bed (by standing on a cushion) and was  busying herself at the headboard (forbidden territory) when I found her.  During a study break I took several photos of Bonnie—in honor of her birthday. Stopped to bathe around 11:30, then more German. OBLO, 12:47.

Another day devoted almost exclusively to German. Up about 8:30—after breakfast got right to worked—and didn’t allow myself to be distracted—had just so much material to be reviewed. Had lunch around 12:00—about 1:00 Bonnie took the kitten to Gloucester for its second distemper shot. Then at 3:00 she went to have her hair cut; at about 3:20 Alan + Pat arrived—when Bonnie returned, she + Pat visited—Alan + I worked on German. We took a break for tea, but worked until about 6:00. Then they left + we set about getting supper. After supper phoned Loyd Starrett re: train schedule + Youth Group. By 8:00 was back to work on German, and stayed with it until after 11:00—at which time I was just 3 pp. short of finishing the review. Stopped to bathe; had a piece of pie, but then got back to work. Finally about 12:35 finished the review up to p. 104. OBLO c 12:45.

Up about 8:00; shaved, had breakfast—packed briefcase—caught the 9:20 train to Boston. Got to BU around 11:00. Contacted Dr. Beck immediately and confirmed my taking the German exam at 1:00. Studied German then until about 12:00—then waited outside the faculty lounge on the 3rd floor—had to see Dr. Hassing (who is to grade the test) about when he can let me know the results. Saw him about 12:35—then had quick lunch, and started the exam at 1:00; finished at 3:00—think I passed. Hassing couldn’t get it done before I had to leave—I am to call him in the A.M. at 7:30. Went to N. Station, caught the 4:55 train. Home about 6:00. Alan + Pat arrived, we had a turkey supper— + a birthday cake for Pat. Then we viewed 4 boxes of slides—then we all set to work putting the puzzle together: Hofmann’s Exuberance. They left shortly after 10:00; we bathed; off to bed. Θ+ , LO 11:30. 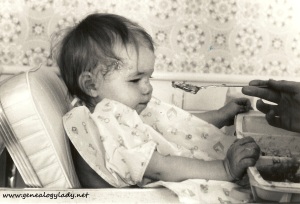 Up at 7:30 to call Dr. Hassings—I passed the German exam! Went back to bed, but got up again about 8:00. Had breakfast, shaved, filled out registration materials, caught the 10:15 train to Boston—on train read Ferris sermon, Part I, story of Elijah—and read 2 Kings 17-21. Arrived BU around noon. Had lunch with Jim Bussey. Then waited to see Dr. Beck. Also saw Richardson about Aramaic. Beck signed my registration materials. Then went through registration—got done about 3:30—headed to N. Station; had to run to catch the train; got home about 5:20. Relaxed, napped, fell asleep. Got up about 6:45; had supper, then went to confer with Roger Smith about Board meeting and Methodist Men; 9:00 went to Patriquins—home at 11:00; finished the Hofmann puzzle; bathed; took picture of the puzzle; OBLO, 12:50.

Insomnia last night—wasn’t asleep by 3:00 AM—so got up and read until 4:00—then back to bed and went to sleep. Got up about 9:00 or 9:30. Did very little in the morning—worked at my desk briefly, did some letters. About 11 o’clock lay down for a nap. Slept soundly at times until 1:30. Got up, had lunch, shaved; then we got in the car and drove to Waltham to see camping trailers. Didn’t have much luck there, but we did see some models at places on rt. 1. We have decided to wait until the camping + trailer show next year—where we can see a large variety of campers under one roof. Got back to the house about 6:30. We watched CBS news and had supper. Then relaxed for a while; bathed then, and finally got to work; read further in I Sam—I had begun last night at 3:00 AM. Might use Samuel for the Bible Study this fall. Got very drowsy, so got ready for bed; read in bed; LO by 10:30.

Out of bed around 9:00; had breakfast—one of the first things, went to the church to change the wayside pulpit. Read further in the Book of Samuel. Mail man brought post card from Paul requesting back issues of South African Digest—so I sent him what I had—went right to the post office. Went to on final reading of my sermon when I got home; Busseys arrived—Jim did more work on his car. We had lunch, I shaved. Then went up to see Hannibals. Went to see Florence in the hospital, then to report back to Rip. Then about 4:00 I went to see Lucy Patience. Stayed until 5:00. Bonnie, Becky + Debbie had gone to Busseys house, Jim + I came then when I got home; watched TV there, had supper. Then came home about 8:00. Still hadn’t done sermon—so got to work on it. Stopped about 10:30 to do the bulletins + to bathe. Then finished the sermon; OBLO 1:15.

A busy day. Up about 8:30; had breakfast, then worked on preparing the service—practiced sermon. Shaved, dressed, left for church. Preached on Elijah (Part I). Winnie Gamage walked home with us a[nd] saw the upstairs + its improvements. Bonnie wasn’t feeling  to[o] well. I got lunch—took it to her in bed—had lunch there to[o]. We both napped until about 3:00—Debbie woke up wanting her lunch. Bonnie tended to her, then I got busy painting the back hall—after one coat we had supper (I cleaned the turkey off the carcas[s]); I went down to see Mrs. Patience—took her some turkey salad, and old copies of Readers Digest. Got milk, came home, started on second coat. Finished up with both white and gray about 10:45. The hall now looks much better; Bonnie read most of the evening; Debbie slept in my study to be away from the paint fumes; bathed OBLO, c. 12.