Up about 7:30. Shaved, packed; Kent Millard picked me up, we arrived at Fisk Church about 9:00. The Vietnam resolution was one of the first things on the agenda. Amid a tangle of parliamentary maneuvers it passed, relatively easily actually. No controversial matters—other than it—came up in the morning. Had lunch with Jim Bussey + Charlie Whitford. In the afternoon there were attempts to adjourn the conference to another day—since Bishop Mathews was in New York until this evening. During a roll call on the issue, the Ornes + I  left for Rockport. We were home by 5:00. It was good to see Bonnie + Debby again. Debby doing much better walking. Alan Fererick arrived from Montreal—he’ll be with us for a few days. We had supper together—early in the evening  Bonnie + I went for a walk along the beach—Alan stayed with Debby; came home, relaxed, visited, showed slides; slowly prepared for bed; bathed, off to bed, lights out, after Θ+, 11:15.

Up by 8:00. Had breakfast, during which Sarah Orne called me about the death of Mary Olsen; I shaved immediately and went to see her husband. Spent the morning with him; after leaving him about 11:00, dropped in to see the Ornes, then home again. Worked at cleaning up my desk, had lunch. After lunch my post-conference fatigue was making itself felt—wanted a nap. I stretched out about 1:30—didn’t come to until about 4:00. Had coffee with Alan who is still here. Worked further at my desk. Bonnie got home with groceries, which I unloaded from the car. More work at my desk, fixed supper. After supper I became involved in getting slides ready to be sent in—for duplicates and prints for our folks, Stoners, Alan. After this sat talking with Alan on theology, listening to music; bathed, off to bed about 11:30—lights out after Θ+, 11:45.

Up before 8:00–had breakfast; by about 8:30 I was working on German–after being away from it since Friday. I was able to spend most of the morning working on it–stopped briefly when the mail man came. After lunch around 12:15 Alan and I began to work on my German translation. He got very sleepy. While he nap I have a cup of coffee, read some in Newsweek, then worked further in German. When he got up he had to finish letter + go out; so I finally got around to starting Fund For Recon. Letters. When Alan returned we worked further until about 5:45. Then we had supper. –Scared Alan  Bonnie + I dropped Debby off at Patriquins and went to see For Love of Ivy at Little Arts Cinema. At 9:00 went to Patriquins for mug-up. Came home about 10:00; visited with Alan. Bonnie went to bed; Alan and I listened to records; bathed; off to bed, lights out 12:12. 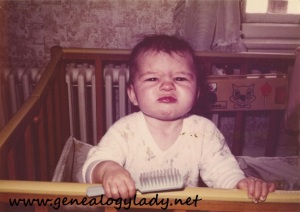 Up before 8:30. After breakfast Alan and I worked on German and finally caught up with my translation. Then for the rest of the morning I tried to concentrate on German, but there were interruptions. After lunch I got to work in earnest on getting the Fund For Reconciliation letters finished—wrote 24 in all—didn’t want to mimeograph these notes of thanks. Walked with Alan down to Curtis’ to get envelopes. We invited Jim + Becky Bussey over for supper since we were having turkey. Early in day I handed Alan Cradle of Erotica—he’s been pining away over Dianna in Montreal. Alan, Jim + I discussed church, atheism, the term God—I don’t know whether Jim is still an atheist. After Jim + Becky left Debby did some extensive walking around the living room—really doing very well. Late in the evening I finally got back to my desk; prepared funeral service for tomorrow; bathed; off to bed; lights of 12:17.

A hot, humid, slow day. Up about 8:20. Had breakfast, then got to work finishing preparations for the funeral service. Went to the post office to mail all the Fund For Recon. thank-you letters. Interruption in my desk work when the mail man came. Late in the morning—napped, around noon actually. Got up and had a simple lunch; shaved; dressed and left for the church. Arrived about 1:20. Service began at 2:00—very hot and humid; as I was preaching I could feel the drops of perspiration running down my back; went to cemetery for committal service. Home in about 3:00; very soon we went to the beach, were joined later by Allen, who had gone to Brandeis. Returned home, chatted with Alan in the yard; bathed supper—felt very weary; reclined in the living room—spent the whole evening there—Bonnie cutting out cloth—and we all hearing records. This took the whole evening, very enjoyable; off to bed, lights out c. 11:45.

Another very hot, humid day—about 90° by 11:00 a.m. Up about 9:00—wasn’t a day for accomplishing much. In the morning I managed to get the bulletin done; Allen is trying to lose weight. He did sanding on barbecue grill in the hot sun. After lunch I got to work on my sermon finally. Wrote about half of it, then all four of us drove over to Mal’s in Allen’s car—top down. Got groceries—also bought lawn chair and an air-mattress for use in the water. Shortly after we got home, Alan + I  went to the beach—water very cold—but we got a little used to it—and it was very delightful floating around on my mattress—he has one too. Returned home—bathed, had a salad supper—then returned to the yard in our new chairs—Debby in playpin [sic]. She enjoyed putting her head to the floor of the crib and looking at me back through her legs; lazy evening; worked on service; off to bed, lights out 11:35.

Up about 8:00; had breakfast, shaved—unhurriedly. Left for church about 9:35. About 40 at the service—I preached on the events of the Conference last week. Home by about 11:45. After lunch I got to work on German after being away from it for a day or two. Worked rather steadily until about 4:00—got almost 2 pp translated. We all went to the beach—had a delightful time floating on my air raft. Alan photographed me on it reading a book! We were home by 6:00—went about fixing supper—which we had about 7:00. By 8:15 I was back with German. During the evening Alan came in (to my study) and we went through my German translation. Debby is getting much better at walking—went from coffee table in living room to the front door. This evening she got a bump on head + a small cut. We don’t know how—but she wasn’t phased by it. Bathed at 10:45; off to bed; Θ, lights out 11:15.