No mail today but had four letters this week. The travel check came but as yet the $100⁰⁰ hasn’t. It is cloudy, windy, sunny, sultry today. It looks like rain then the sun shines again. I got the roll of pictures developed and am enclosing a few. I was in only one and John moved the camera when he took it but I am enclosing it anyway. I will take another roll when D. is 9 mo. old. These were taken at 8 & 8 ½ months. The one taken on the terrace shows the grass as needing a hair cut – John has gone out now to take care of the job. He took the lawn mower to get it oiled & sharpened before he finished his moving last time. This continued rain keeps him busy with the lawn and since

[page 2] Mark’s tonsillectomy John has done most of the garden work – plowed the potatoes with a garden plow this morning. We had spinach, lettuce, onions & radishes today. Wish you could enjoy some of the green onions.

Mrs. Roberts was here this morning. She had taken Earl’s girl to Sheldon. Earl is still in the States, but I think he is out on Maneuvers now. His wife is with him or was but their children are with the family here. Mrs. R. brought a weaning cup for David she had used for her children. She had some recent mail from Joe & his add. is Navy 609. I haven’t rec’d all your letters so don’t know what your latest word from Joe is.

[page 3] and sultry as it is today is enough to irritate him. He is asleep in his buggy. Mother is sitting out in the yard with him. This heat is almost too much for Mother. She hasn’t been feeling very well since she came back, and it’s about all she can do to keep going. I try to keep her from doing anything because I know she doesn’t feel well enough to exert herself much. She is so thin and doesn’t have much of an appetite.

I had a letter from your Mother. She said they didn’t have all the corn planted yet. Some have here and others haven’t. I think they will get “our” cornfield done today. John and I were so hoping they would put something else there this year.

[page 4] has grown and how pretty it was in bloom. I told you before “I,” meaning me, separated some of the fuller bushes and transplanted to the thin spots – so now it is pretty well evened up. I filled up the N.E. corner with large bushes so it looks like it should.

Dean Davis is having a picnic for the factory workers today. Statons have all gone for the afternoon. It is quiet in the neighborhood now with Jimmy gone, Bobby & Zell girls taking naps. Bobby was watching me hoe a flower bed and remarked “my mother isn’t a planter.” I told him his daddy took care of their planting. Bobby is always saying something to give us a laugh. We think he has a very high I.Q. for his age – and his vocabulary is amazing at times.

Not much news around town that I know of just now. 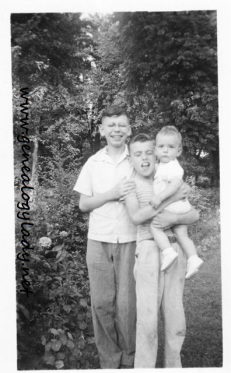 Your letter of May 24 and John’s of May 15, came yesterday. Also got one from Joe R. The one from Joe wasn’t sent thru the mail. It came by a Dr. who was passing along. My mail to you should be much better now than some time ago and I hope yours will be better in this direction. So much for mail.

[page 2] about any more – wish now I would have put them both in that envelope. Hope you didn’t have any trouble with the check since I didn’t sign it.

Joe said he hadn’t gotten much news from home but I don’t know if he meant his letters were slow or that news were slow. I guess his wife knows his address has been changed now to Navy 609*. However his location is still the same.

I was very fortunate yesterday in getting a pillow. Of course I have no slip but instead I use a mattress

When you send me things like sardines etc. does that deduct from your ration points? If so don’t do it. If not you might send some sardines, canned chicken or any items like that but no Spain, Vienna sausage or such – Don’t do it if it cuts down on your own ration points. Olives or shrimp if available and shippable would be fine. The last bunch of sardines never did arrive so don’t include too many in

The garden seed you sent never did arrive but as I told you yesterday or day before it’s too shady and it’s useless unless I can find a more sunny spot.

Well, the ten month period of our leaving the states is now passed and we are going into the eleventh – Steps closer to coming home I hope. At least something to live for and to look forward to.

Must get going so
Solong
Love Daddy 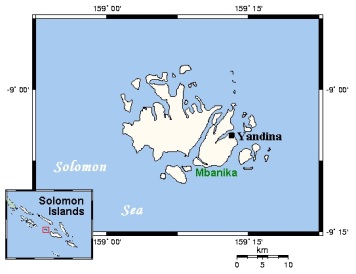 *Navy 609 is the classification of Mobile Hospital #8