I believe summer is returning for it seems the weather is more continuously hot than previously – maybe it’s just my imagination.

A few days ago I received a letter from Red & Ruby Brewer – It was the second one. I answered the first and in it I said I was surprised that they remembered me. And she said there was never a day passed but what my name was mentioned because Charles in his prayers each night asked my protection and she said it was a mouth full but he got it out. She is going to send a picture of him. I’ll really have a collection of pictures, Funks, Walkups, the Warrick grandson. I can remember that name – you know out north of town – Seems so darn funny but those names get away so easy but then I forget it’s been well over 1½ years since I’ve seen many of those people or about 1½ years I guess.

[page 2] Took dinner out last evening – Their food wasn’t any better than ours but it was a change. It was a group of medical men only – I almost felt out of place since most of my dealings have been with line officers. At least we have no medical arguments when only line officers are present.

There has been some U.S.O. men with us the past few days. Ray Whitley a singer of cowboy sons as well as a movie actor in the same class is with them. They are good if you like that kind of entertainment and the men sure go for it in a big way and I suppose that justifies the program. Men only are sent – I’m sure if women were on the program it would take more guards than somewhat to keep the crowd from overrunning the entertainers because these kids are as a rule pretty women crazy and some of the officers like to brag as to what might happen when once back to civilization which I think only makes more dissatisfaction.

I’m not under so much pressure this A.M. so maybe I won’t write so erratic. Yesterday I received a letter from Mom and one from Ruby & Red Brewer. Mom told all about Earl’s wedding and also said she was planning on coming up your way again. I hope she can be helpful to you while she is there.

This being the month of Sept. it will start to be cool again at least you will have some cool spells which should be of some help to you. It at least makes us feel good to think that the weather may be cool again some place.

I don’t believe I mentioned it but I had a letter from Dolores 2 days ago – she had to work on a Sun. just more or less be there so she wrote a real nice long letter. She still seems to like her work real well. Said her boyfriend had been away about 1 year in Cuba and she sure wished he could get a furlough – who else would like something like that? I believe there is going to be a policy adopted relative to

[page 2] tour of duty out here and I’m very tickled that I got out as early as I did, but don’t build too high hopes for too soon a return, this I believe is true. That I can expect to spend as much time in the USA as out here so that is something to look forward to.

As soon as I’m able I’ll send you all the excess money I can – always keeping on hand enough for travel – but I think on the next pay day I’ll be able to send some of course that will not be until about the middle of this month. If you need money you can cash in a few bonds or let bills run until I can send extra money home – don’t let it worry you because they can’t be too tough if we can’t meet expenses right on the dot.

I guess by now D. is out of the cast and as active as ever and that probably is a relief for you.

Well, I’ve written about all I can think of for the moment and I’ve also exhausted the space so
Lots of Love –
Daddy

Your v-mails of 6-21 & 22 came yesterday as well as the ones the boys wrote for Father’s Day. So v-mail isn’t so terribly slow.

I have all the dope regarding the checks I sent and also the Insurance loan etc. So that will or rather can be dropped from the subject matter of future letters. Yesterday an officer was here from my old stomping ground and he told me

[page 2] Drs. Porterfield and Williams were still coasting along as per usual. I’m still very much pleased that I was able to leave there because this has been a much more exciting and enjoyable duty. It however now is beginning to come monotonous but I suppose we can stand that OK.

The rats have taken a keen interest in our then tent and seem to be everywhere at all times during the night. Here and there they can be heard jumping around and one

[page 3] “sorta” expects them to make a mistake and land right in the middle of nude anatomy but so far all has been well.

I didn’t know that there were any pea fields around Kentland. That must be something new – maybe a war measure that has been developed since I left there.

I got a v-mail letter from Red & Ruby Brewer. It seems funny but I was just thinking of them only a day or two ago. She said the boy was nearly 4 years old – Just doesn’t seem possible but I guess it’s true.

[page 4] I keep think[ing] of those babies and kid as I knew them over a year ago now. 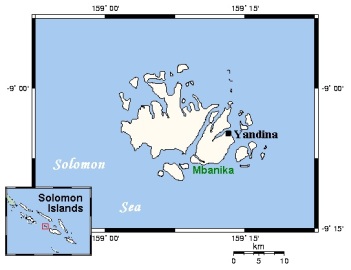