Roscoe finally received his long awaited orders on March 22, 1944. He journeyed by train, arriving in Kentland, Indiana, on March 24th. He enjoyed about three week’s leave before he was required to report for duty at the Great Lakes Naval Hospital, on April 13th. 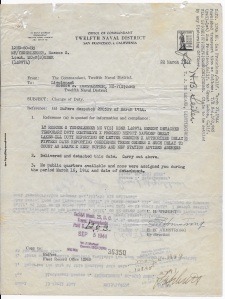 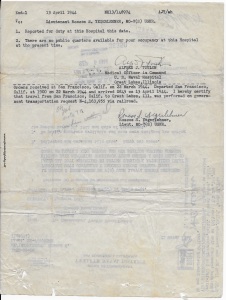 Obviously no letters were written during this time. However, Gladys made note of David’s first meeting with his father in the baby book.

March 23 – 1944
David is 18 months old – weighs 25 1/2 lbs – 33″ tall.
March 24 – Daddy came home and David saw him for the first time. David thinks Daddy is “OK.”
Cutting lower left and upper left first molars.
David is wearing thumg guards, but still puts his thumb in his mouth when he gets the guards off.
Apr. 9 – Easter Sunday and David’s Christening Day. Vic, Beulah & Carol Jean came for dinner and spent the afternoon with us. David found several Easter nests with the help of John and Mark. 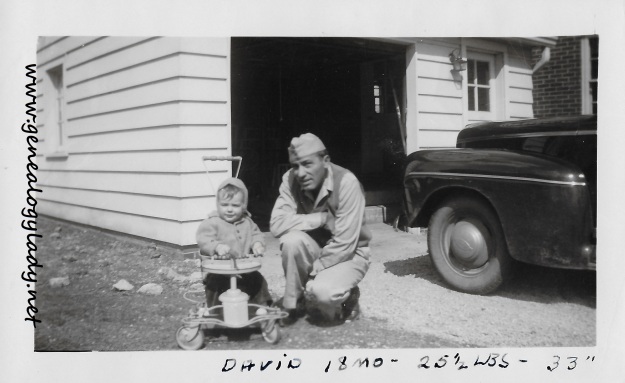