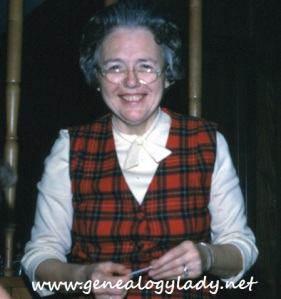 Dear David and Bonnie and Debby,

Yours received. We were more than pleased that you will be coming home after Christmas. Dad has 16 days off during the holidays and we were contemplating going south for a few days, but we would rather stay home and baby sit (if necessary) with Debby. I know John and Bob and Lea and Mark and Shirley and the children will all be very happy about your decision to come home. I talked to John via phone yesterday and we are both agreed that your idea about camping on the way home is a very poor idea for this time of year. I wouldn’t say a thing if you and Bonnie wanted to do that to yourselves, but I think you shouldn’t try that on Debby at her tender age, so here is what I am suggesting. I will pay for your night’s lodging – since you will have only one night at a motel – you will be at the McGraws the second night – then you get home. Now I will not give you the money otherwise – that money is earmarked for a motel room for you, so please do not plan to stay in a camp coming or going back. We have had a very mild fall, but who knows it may be very cold by that time and who knows, Debby might smother in a sleeping bag, so please don’t think about doing such a thing. Next summer in Europe is another matter. You won’t be travelling in such cold weather. Yesterday Purdue played I.U. and it was a cliff hanger. Purdue won in the last 7 minutes of the game. By the half we thought I.U. had it all tied up since the score was 10 to 28, or a similar difference. We had thought Purdue had a good team, but on the way home Dad says they have about four good players. They played a very poor game and by all odds I.U. should have won. Dad had the duty until 7 AM, so he got all the repercussions – at least his share – all night long. One man with a heart condition died shortly after the game was over – I suppose the excitement was too much. The Purdue fans were wild in those last few minutes. And what a waste of energy. If we could get people steamed up about the injustices in this world, perhaps we wouldn’t have so much wrong with the world. (A little sermon there) Dad was in and out all night long. Finally when he came home to have breakfast, I said, “Why didn’t you just stay at the Health Center all night, instead of driving back and forth?” He replied, “I wondered about that myself.” He had surgery (and this has nothing to do with football) for a student with bleeding ulcers. He is wishing the student will decide to go home and have his own Doctor take care of him, but I rather think he will stay here. They have such a good hospital here and any surgeon in Lafayette they want will come over and do any kind of surgery necessary (except maybe a heart transplant). I just hope Dad gets to spend the afternoon on the couch sleeping – he will need it.

Dad got Lea’s shelves installed and now we are making plans for the ones in our own living room. John hasn’t gotten his plan drawn up yet. We are going to Champaign Wednesday evening and spend Thanksgiving Day with John, Bob and Lea. We will come home Thursday evening. I want Dad to get as much done on my shelves as possible. I have another unit in the planning for my office. This room has been like a stepchild, but I want to get it made over, since I do spend some time in here when I need to do book work or type.

I liked the article in the Gloucester paper, but I would bet a lot of people won’t agree with you. The picture looks just like you.

My next door neighbor is going to church with me this morning. Dad is over at the Health Center.

Your Sussannah Wesley has been used four times and booked for another meeting.