Sun. afternoon – It is cloudy & a little mist in the air. It has rained some during the day but now more of a dampness. We took David to Sunday School this morning & got along first rate. Mrs. Beekman was there with her little girl – who by the way behaved better than David. He did very well for him & first try but she was quieter. Dr. Beck the district Supt. was here today for quarterly conference & they had a dinner at the church. I came home after S.S. and gave David his orange juice & cod liver oil, put him to bed for a nap then prepared our dinner to take back to the church. After he woke up I fed him and by that time J. & M. had come home to help me

[page 2] so we went back for the dinner. I borrowed Lucile’s (Jimmy Ed’s) Taylor Tot to keep David in while we ate. He behaved pretty well. After the dinner Mark kept him in the car which I stayed in for the conference. John came on home to listen to the radio (music program).

David has been on a “tear” this afternoon. We came home about 2 P.M. I put him in his bed to take another nap when Mrs. Kendall came and he wouldn’t go to sleep but kept up an uproar most of the time she was here. He is in his pen now making some kind of noise. It is just one of those days.

I think you remember the Beekman’s. You treated one of them for colds. This Mrs. Beekman was working in Fords, had been some time, when one day not long ago she became very ill – that was about 3 P.M. – by 7 she was in the hospital

[page 3] and operated on soon after. She had a pregnancy in the tube and one in the uterice. The tube had bursted, but they had operated in time. Ruth Ford told me about it and said Dr. Ross said he had only had one case like it in all his practice. Mrs. Beekman is recovering very nicely and is now home from the hospital. The other Mrs. Beekman was the one at church this morning with her baby.

I believe this other coal makes more dust – which doesn’t surprise me but makes more dusting to do. In figuring according to what we burned last winter I think we will have enough to last us thru the worst of the winter if it doesn’t get too cold. I got 8 tons in July and that lasted thru until in Feb. when I had 4 tons put in and we easily have 2 ton of that yet. Of course this Ind. coal burns up faster and probably won’t last as long, as 2 ton of Va. coal would.

I called Dr. Ade yesterday for an

[page 4] appointment for eye examination & he couldn’t give me one until Nov. 16. I have been having headaches that feel like my eyes are the cause.

David is raising so much fuss I will have to quit and see what I can do for him.
Love Mother

Your letter written Sept. 7 came yesterday. In it you told of Funk’s return and the difficulty you had of buying meat at Bair’s grocery with Fords’ being closed. It must be a problem to buy all those things with ration cards, etc. We often see gags in the magazine relative to rationing but we just can’t appreciate the jokes but maybe you can’t either but we don’t have the basis for understanding them.

Yesterday P.M. when everything was hot and I was as dry as powder one of my tent mates came in with a case of cold beer. I can tell you it was the biggest treat we have had in ages. Even turkey or fried chicken would not have been more appreciated. That is best understood if you can imagine drinking

[page 2] only warm water with ice water or cold water at a premium. So you see what the cold beer meant.

I have to go out and do a little inspecting again this A.M. It seems that job keeps me on the run most of the time and it does help pass the time rather rapid but it’s a little hard on the rear system since these jeeps don’t ride to easy. They may go places OK but one is bruised in places often getting there.

The trip is over and I’m not too bruised, and while at the General’s place another beer (cold) was offered and received.

Seems as if beer is about all I’ve written about but I do do other things as well as thing of other things.

Space is all used up so solong until tomorrow –
Love Daddy

P.S. Here is one more picture I forgot to mail. 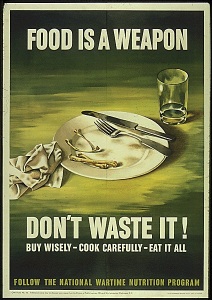 Dear Daddy – Yours of Aug. 24 & 27 came today. It is very cool here. The heat has been on and we have to keep the house closed. I wanted to take D. out in the sun but it kept clouding up and the wind was so cool and my hands feel so awful when I get out of doors, I came in & put D. to bed. He didn’t get his nap out today and is just plain grouchy. I am hoping he will take another nap and be better. It is so unusual for him to be cross, but he has been taking one long nap a day and when it’s disturbed – too bad. Juanita is coming on the 4:25 in the morning so guess I have to meet her. I want to go back to the hospital tomorrow to see Mother & talk to the Dr. again – see if they have found anything to do for her. She looked awfully tired yesterday – I tried to buy meat today & got some at Morgans – tho Morgans are out of the store now & someone new runs it. Fords are closed this week & Bairs just have prepared meats. I’ll have meat in the locker but need some for week-end company before the new beef is ready. I pd. 52¢ lb. for tenderloin – 49¢ lb sirloin. I had three packages of meat & it cost me $2.35. I’ll have to use a meat stretcher. Also collect meat stamps from our guests to turn in on our locker meat. The store[s] are still closing on Thurs. P.M. Main street is so deserted on Thurs. & Sun. – John called it ghost town. Mark just came in from school.